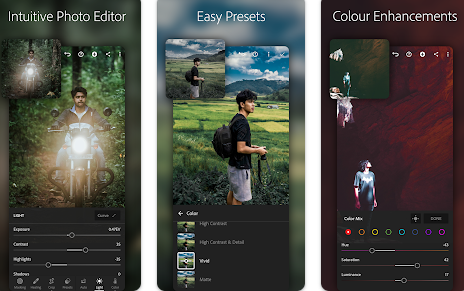 Awarded the Hot One Award by Professional Photographer in 2015, Adobe Light Room Photoshop android app has taken photo editing on smartphones to extraordinary heights. Android users can now get the best out of photos using their android devices. They can transform them by changing their colour, adjusting their contrast and applying other effects while having fun.

However, an android user can easily undo the effects done on an image and restore it to its original state. Adobe Light Room Photoshop android app is enjoyed by many android users who have downloaded it over 5 million times. It was developed by Adobe Systems Incorporated. 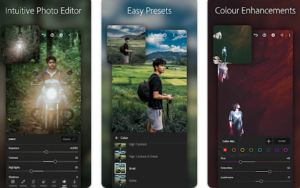 What is Adobe Light Room Photoshop android app used for?

Modelled after the desktop version, this app edits the tone, colour, and contrast and removes elements on a picture using easy-to-use tools.

Whenever users find a setting tasteful, they may save and reapply it on other photos in the future, for achieving the same mind-blowing transformation. But when not liked, users can quickly restore the photo to its original state with ease. It only takes a single click.

For users who would not like to spend time editing images, the Adobe Light Room Photoshop android app comes with ready-made settings (presets). They may elect, preview and apply any of them.

Interestingly, the app can link users to their social media accounts for easy sharing of pictures. It also gives users the freedom to share pictures across various devices thereby saving the stress of switching between apps for taking pictures and sharing them.