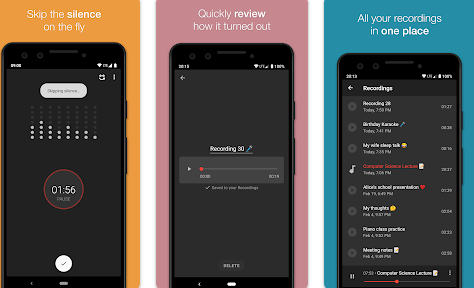 Smart Voice Recorder is a ’Music and Audio’ category application on Google Play Store. The app content is meant for ages 3 and above. The latest version of the app is 1.8.0. The installation and most of the features of the application are available free of charge. However, some features can only be accessed by making in-app purchases. The cost of each paid item is INR 99.78. The OS requirement for the application Varies with the device. The application received its last update on Oct 30, 2022.

This application, as the name suggests, enables users to record voices. The application is a useful tool to have on your phone if you like recording live one-on-one conversations, class lectures, or interviews. It is built mostly for personal use but you can share your recordings using messaging apps such as WhatsApp, email, or via Bluetooth.

If your phone runs on pure android, it is likely to be free from any bloatware other than Google’s set of pre-installed apps. A voice recorder is not provided in a pure android phone. Even if it does come equipped with a voice recorder, Smart Voice Recorder is one step ahead in times of its functionality. 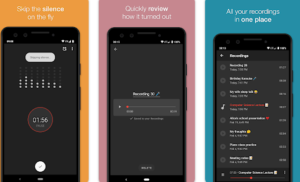 Smart Voice Recorder is developed by Andrey Kovalev and offered by SmartMob. The size of the Android Application Varies with the device. The votes of 395,725 users give the application a rating of 4.3/5. It has been downloaded between 1,000,000+ times.

Pros of the Application

The application serves as a sound recorder application for Android. It is fairly simple and easy to use and can be quite useful for making voice recordings. It can be a useful tool for anyone who needs to record interviews, lectures, or any kind of voice for any purpose. However, the application’s capabilities are rather limited when it comes to recording music.

Overall, a very useful application to have on your Android smartphone