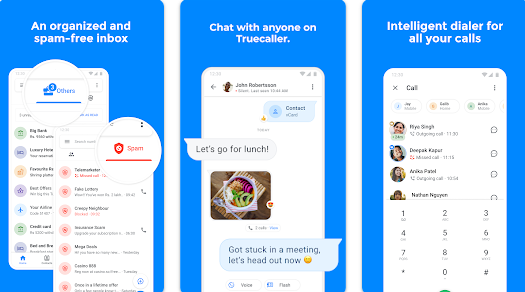 Truecaller is an unknown caller id on a cell phone that you never thought you needed. The app allows you to make calls, and, furthermore, it allows you to identify unknown numbers and block unwanted calls! The latter feature allows you to block any unwanted numbers; for example, those pesky telemarketers. You can also see pictures and numbers of people that are not saved in your phonebook, which makes for a perfect tool for people who have a wide circle of friends, acquaintances or even business partners.

It also allows the user to identify a number copied from, say, a website or another app, which only accentuates the usefulness of Truecaller. Another innovative feature of this app is that it shows the user if friends are available to talk. No more awkward mid-meeting calls and interruptive rings. That combined with the feature of seeing when your friends have last been available makes communication so much easier.

You can also search for any contact you may need and the app will find it in no time flat! Truecaller just makes the whole experience so much more efficient and, in terms, smarter. By making Truecaller your default dialer, any user has instant access to all of these amazing features, and setup is as simple as pressing a few buttons, after which, you’re ready to indulge in the world of safe and selective calls. 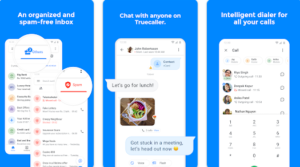 Truecaller has a community-based spam list of over 200 million numbers worldwide, which ensures an interactive and communicative approach to something as mundane as making a simple call. The community makes the spam list to inform users of spam numbers trying to contact you. If enough users mark a certain number as spam it will show up on the list, free for you to block and avoid future unpleasantries. It is, unfortunately, impossible to block voicemails with the app.

The app was created by True Software Scandinavia AB, a company which is also famous for its app Truemessanger, which is the equivalent of Truecaller, just in the sense of texting. Truecaller is available for Android, as well as iOS and Windows, and is regularly updated to make the best experience available to their users. As for the safety and security of the app, Truecaller ensures its users’ privacy. Meaning that the app makes none of your information (like your call log, phonebook, or any other personal information) available to the general public. It also never uses any of the user’s personal photos for identification, just the ones that they have made public on social networks. Users can also allow Truecaller access to their messaging apps, making for an even more efficient experience. Truecaller also has a Professional mode which grants users 10 contact requests each month, as well as the removal of ads from the interface.

The app has a rating of 4.3 on the Google Play store, which shows just how pleasant calling and receiving calls can be with this app. And with over two million 5-star reviews, it goes without saying that Truecaller is doing everything right. The size of the app is around 73Mb, which is a small price to pay for so many wonderfully useful features.

Truecaller also supports multiple languages including English, Arabic, Croatian, Czech, Danish, Dutch, Finnish, French, German, Greek, Hebrew, Hindi, Indonesian, Italian, Japanese, Korean, Malay, Norwegian Bokmål, Polish, Portuguese, Romanian, Russian, Simplified Chinese, Spanish, Swedish, Thai, Traditional Chinese, Turkish, Ukrainian and Vietnamese. Now that’s what you call international service. All in all, Truecaller is a simple-to-use app which allows its users to have the best, safest and most productive calling experience out there. If anything it’s worth a try. It simplifies unnecessary situations and makes room for efficiency and a general sense of simplicity in your daily communication.